Even at her advanced age of 24 years, the wild grizzly bear who lives in Wyoming’s Grand Teton National Park is still producing babies. Grizzlies may not live much longer than 26 years in the wild, but that hasn’t stopped this exceptional mom from giving birth to a litter of four cubs this spring.

Even without taking into consideration the grizzly bear’s age, four cubs in a single litter for a grizzly bear is quite unusual. 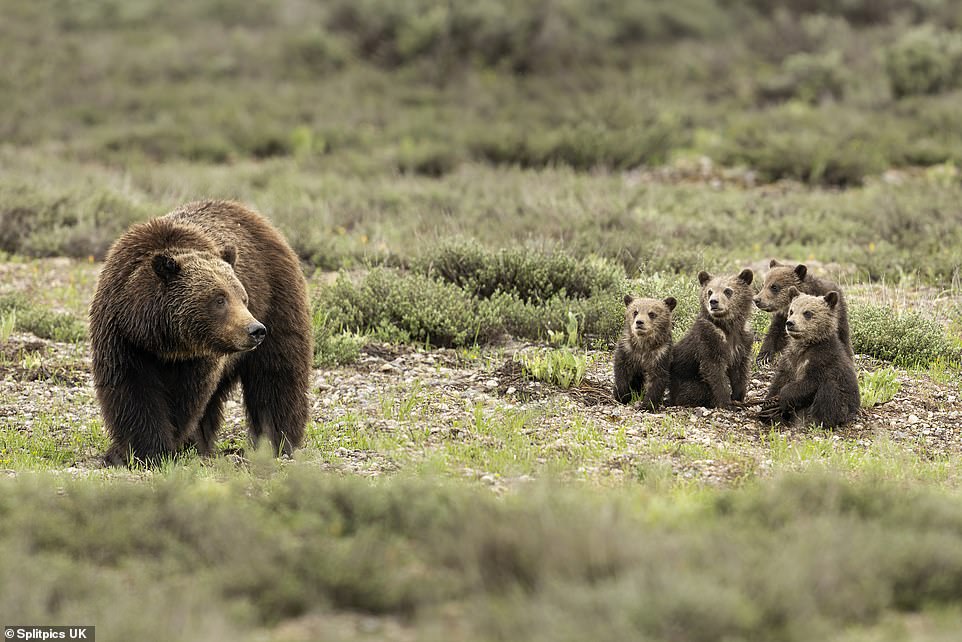 Better known as Grizzly 399, she became well-known for being frequently visible along roadside trails with her family, which led to the creation of social media accounts in her honor. 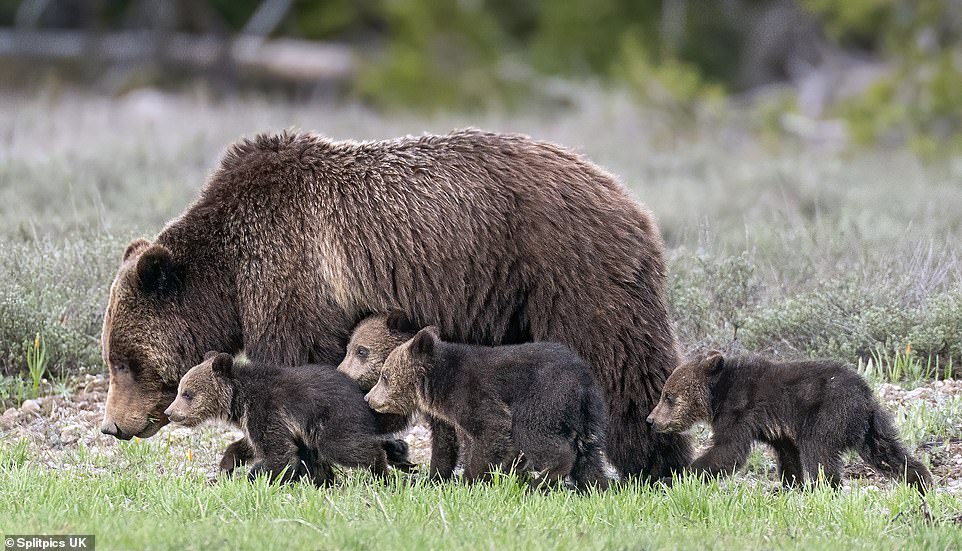 It is believed that the “super-mom” learned to dodge males who have been known to kill small bear pups by using busy roadways as a means of survival. 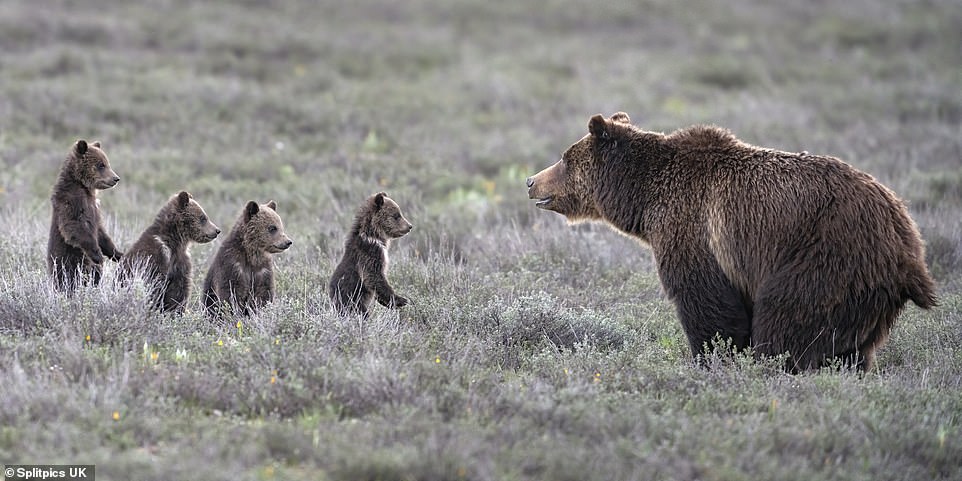 Even more remarkable is the fact that she has given birth to four pups, which is quite unusual considering that bears often give birth to two or three kids. 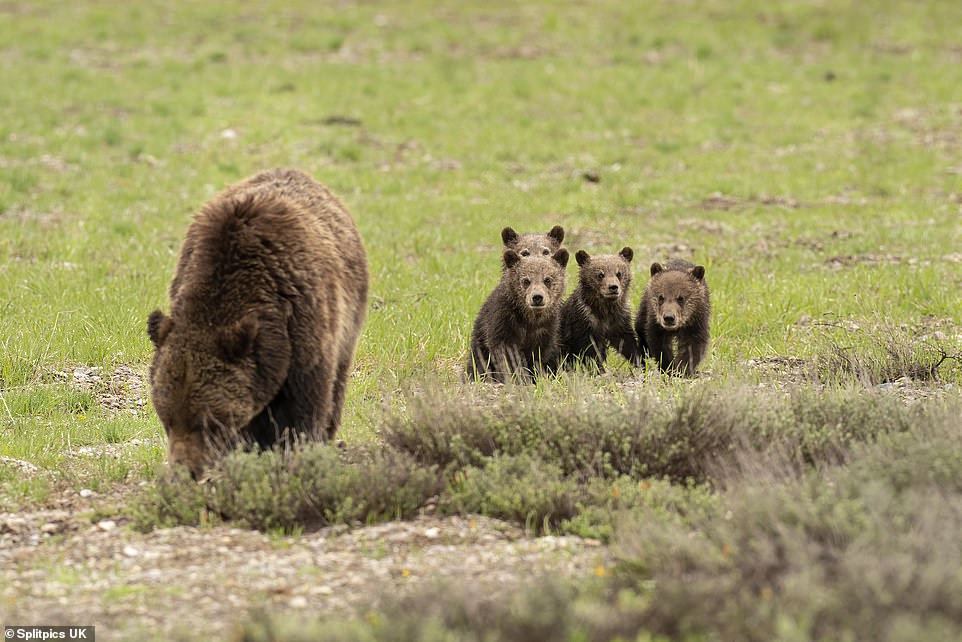 Grizzly 399’s use of this approach definitely paid off, as she has gone on to become the most successful documented grizzly mother of all time as a result of it. 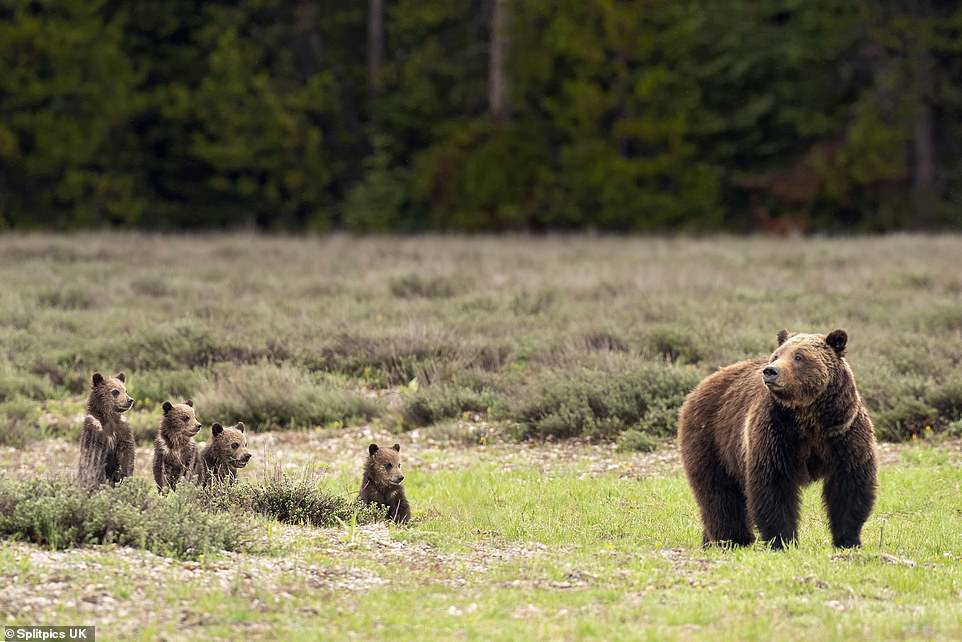 Kate and Adam Rice were the photographers who captured these breathtaking images. Adam had the following to say about them:

“We weren’t sure if she would have cubs again in her advanced age, let alone four, which is extremely rare. We were shocked when we heard the news that she had four cubs, it seemed like her way of proving us wrong.” 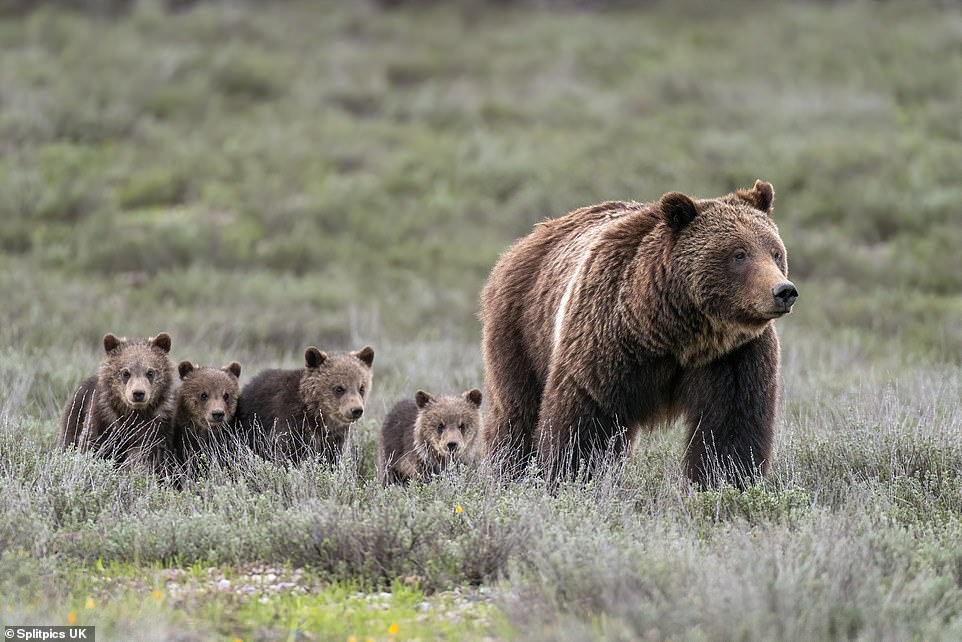 Kate works as a photographer in the park and claims to have developed a strong attachment to bears in general.

In 2011, Grizzly 399 first appeared in the headlines when she and her then 5Yo daughter started to raise kids in the same area. 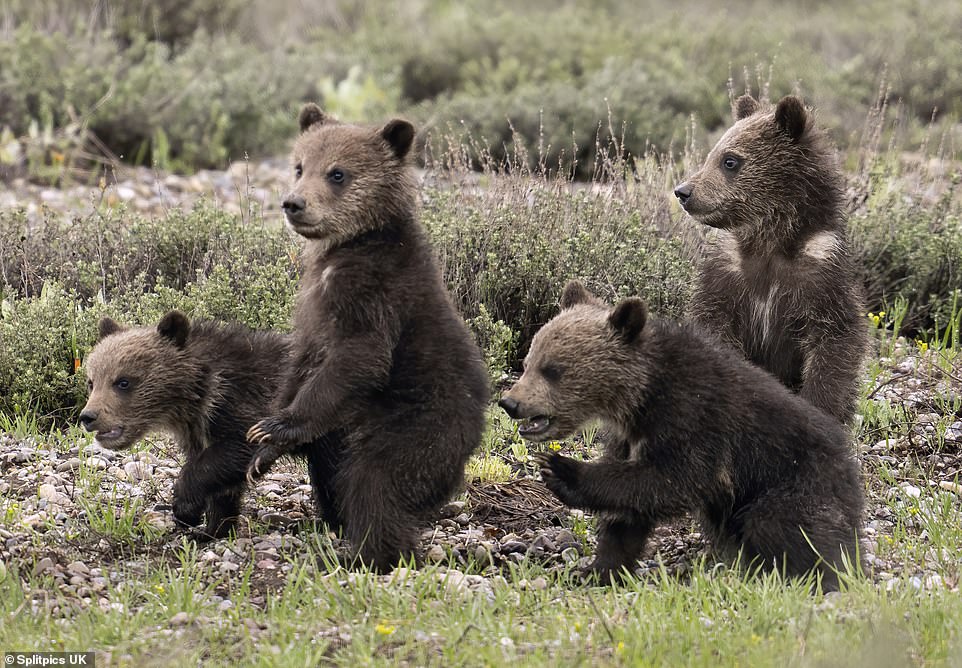 This is thought to be the first of its sort when the daughter adopted and successfully nurtured one of the 399’s cubs.