HomeTrendingGuy Goes Viral After Explaining How Inherently Bad It Is That Job...
Trending

When you scroll through Facebook, you come across many job advertisements, where the photos look great, an inviting description, and a friendly team. You feel as if it’s the ideal job for you. However, when you open the advertisement and look for the salary, you can’t seem to find it. Unfortunately, however, you can’t find the salary because it hasn’t been posted with the job posting. This is not a test to check how perceptive you are, but the company is choosing not to share the salary in the posting. This lack of transparency is making many people angry, including award-winning writer Matt Wallace.

He went on Twitter in explaining why high-end companies, mega-corporations, or any company for that matter, might not include the salary. He also talks about what you can do when they ask about what salary you look for. Wallace is right, and you can practically feel his anger. Companies have no reason to hide the salary offered in the job posting. Eddy Ng, James and Elizabeth Freeman Professor of Management at Bucknell University in Lewisburg, Pennsylvania, goes into detail regarding why some employers may not post salaries or salary ranges in job advertisements. According to the good professor, there are several reasons for this, the main being avoiding salary comparisons. If you are planning on heading out for interviews, read through his insights regarding what to do when you are asked what salary you require. 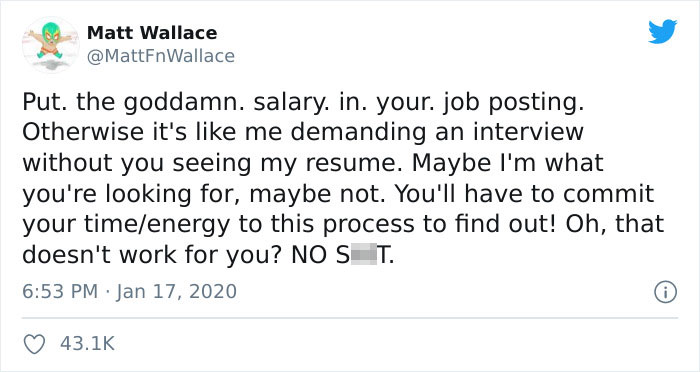 So what Matt went on to do was call up companies/clients that simply ‘forgot’ to put up the salaries on their job advertisements. During an interview, Professor Ng says that: “In certain labor markets or in a tight labor market situation, employers may have to pay higher salaries to attract new employees than existing ones (a situation known as salary inversion). This can cause resentment among existing employees. It is also possible that an employer may wish to pay below-market, and therefore do not disclose salary ranges. Knowledge of pay can cause greater job satisfaction or dissatisfaction than the actual pay itself due to social comparisons.” 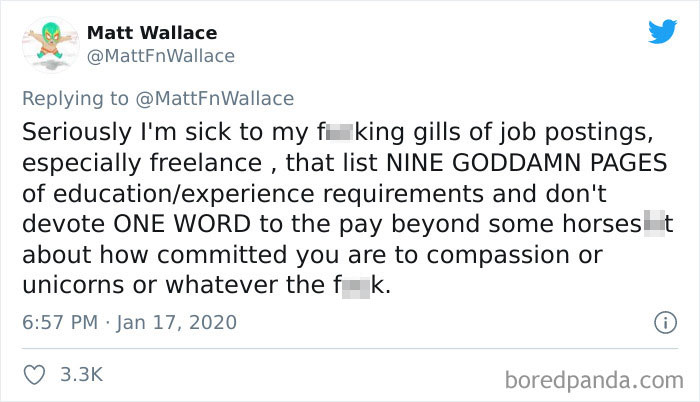 When you are actually at the interview, you should always expect the question regarding your pay expectation. So, you should do a little market research on the pay scales for the job position which you have applied. He says that: “There are various sources of pay information, including online self-reports by current employees such as Glassdoor, Indeed, and PayScale. You should research them in advance. It is not necessary to quote a salary expectation lower than the range reported online as employers don’t make hiring decisions based on (low) pay alone; at the same time, you don’t want to quote an expectation that is higher than market pay, as it may miscue prospective employers. Managers, professional and technical workers generally have the ability to negotiate starting pay when an offer is extended.” 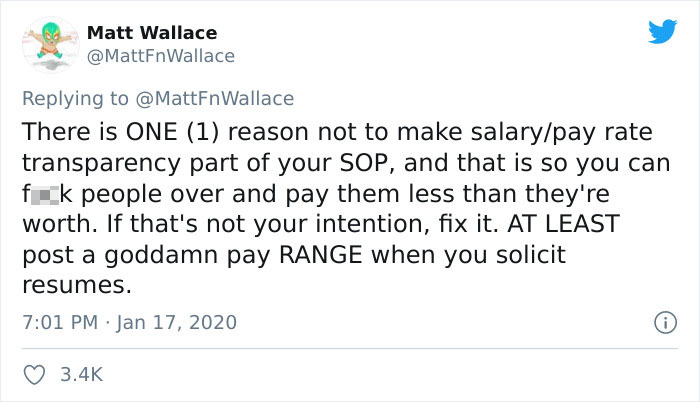 The writer’s belief is that many companies tend to omit the salaries is due to the fact that they are trying to save on paying employees what they actually deserve in a competitive market. This in turn makes recruits waste precious time and energy looking into potential salaries, and negotiating the salaries at interviews. Usually, at interviews, the balance of power is with the employer during these negotiations. It should raise a red flag to applicants if companies have not mentioned salaries in job posting, as these companies look for recruits desperate, yet who is skilled for a job, so that the company can save money at the recruits’ expense. 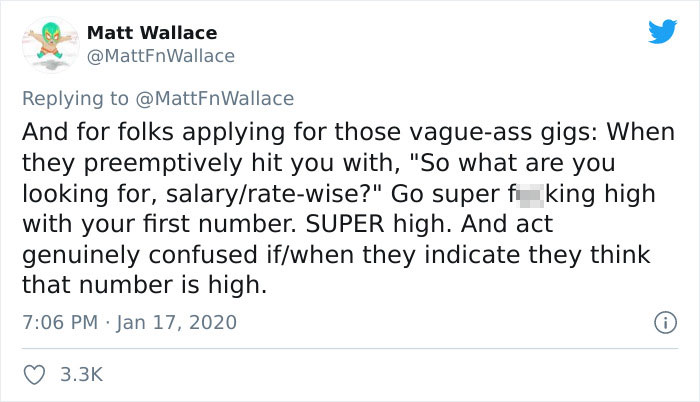 Wallace has also put together an amazing guide for you freelancers out there. This guide lists all the ways companies might try to get work from you for free, and how you can shut down their arguments. This writer from LA, who is also the Hugo-winning author of ‘Rencor: Life in Grudge City’, has compiled over 100 short-stories, and has also written for television and film. An unarmed combat instructor and pro wrestler when he was younger, the life of this writer goes on to show that the coolest people can indeed become writers.