HomeAnimalsPhotographer Captured The Unlikely Friendship Between A Grey Wolf And A Brown...
Animals

One fine day, Finnish photographer Lassi Rautiainen came across an unexpected friendship between a female grey wolf and a male brown bear, which he went on to document back in 2013. The wolf and the bear were seen walking together, sharing and hunting together. Each evening, they were seen sharing a convivial carcass meal, and they seem to have been spending time with each other for at least ten days. 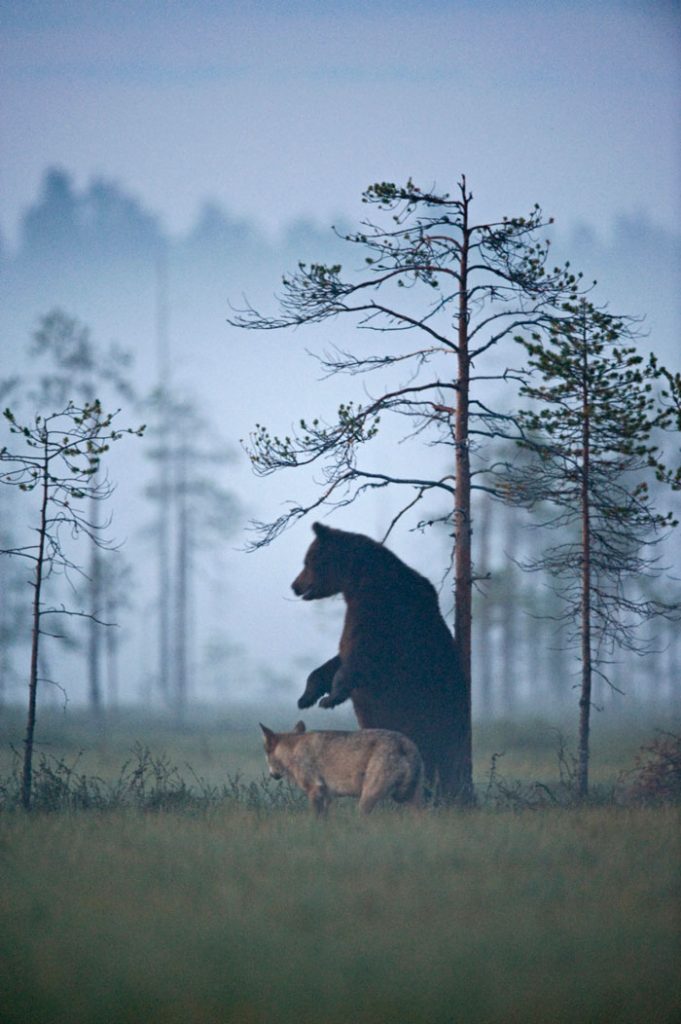 Sharing his experience with the Daily Mail back in 2013, Rautiainen states that “It’s very unusual to see a bear and a wolf getting on like this. From what I could find, it’s the first time, at least in Europe, where such a friendship was developed.” He goes on to explain: “No-one can know exactly why or how the young wolf and bear became friends. I think that perhaps they were both alone and they were young and a bit unsure of how to survive alone…It is nice to share rare events in the wild that you would never expect to see.” 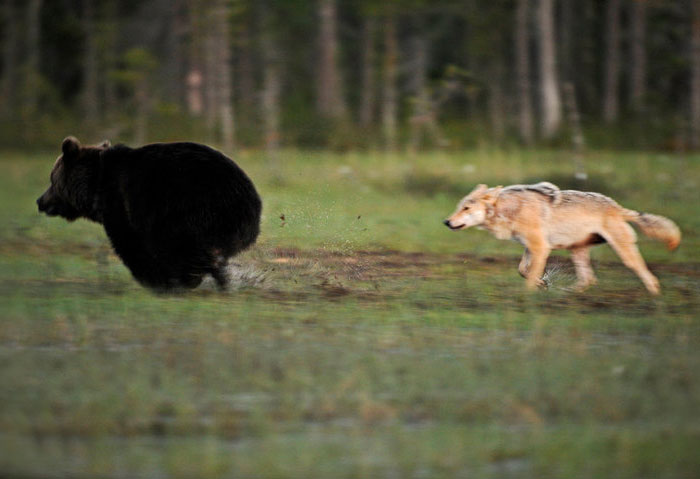 Although the photographer’s guess is maybe almost correct, we can’t draw any conclusions on this regard as there aren’t any scientific studies on this wild matter. In his interview with the papers, the photographer continued, “It seems to me that they feel safe being together.” 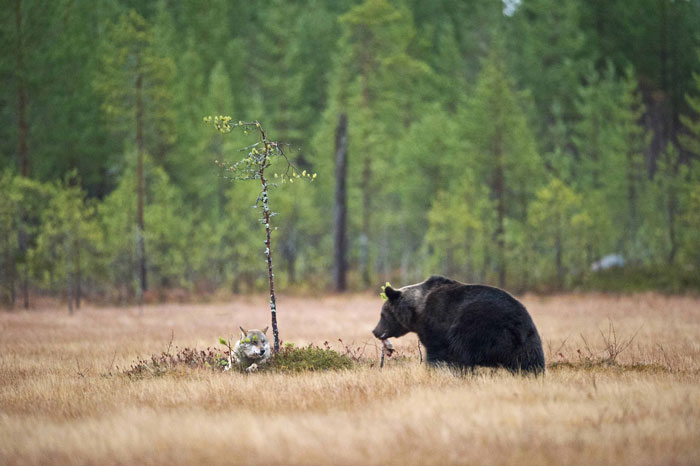 Although this duo meet-up is meant to scare everything and everyone, in this case, these two unconventional animals have put aside their differences and considered themselves as friends, reaching out to the softer side of each other. They were seen together not only sharing meals but also playing together. The images we have compiled speak to the heart and prove that friendship knows no bounds.

These incredible pictures depict the wolf, and the bear leisurely sharing their meals. Personally, for me, this friendship could end up like a Disney movie. 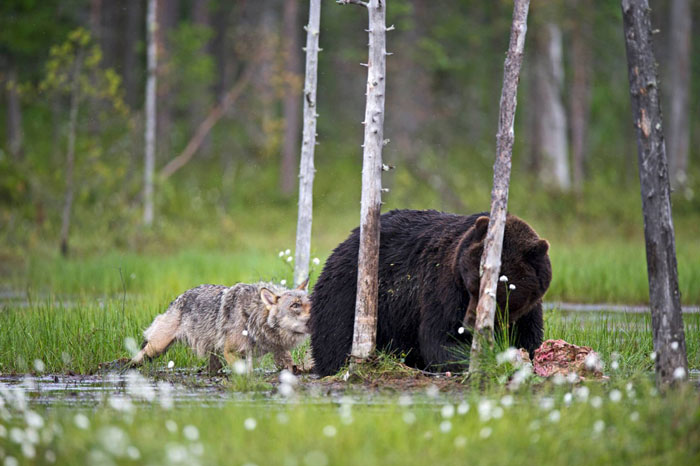 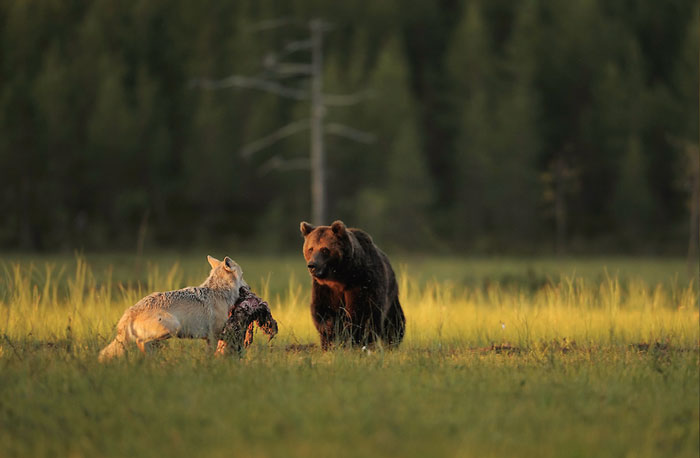 Nature surprises us in the most unusual of ways. This uncanny duo seems to baffle us and enjoy their life. Finally, Lassi states, “No one can know exactly why or how the young wolf and bear became friends. I think that perhaps they were both alone and they were young and a bit unsure of how to survive alone”.

Why not share with us what you think about this rare and unusual friendship.