HomeRelationshipsPenguin Swims More Than 8,000 Km Every Year To Meet The Man...
Relationships

Penguin Swims More Than 8,000 Km Every Year To Meet The Man Who Saved His Life

The beautiful story of love and friendship between a human and a penguin.

Life united these two beings, and not even the 8,000 kilometres that separate them are an impediment for this South American Magellanic penguin to visit its saviour every year.

The 71-year-old is a casual mason and fisherman. Joao Pereira lives in a town on the outskirts of Rio de Janeiro, Brazil. 9 years ago he was on the beach near his house and noticed a small animal lying on the beach covered in oil about to lose its life. 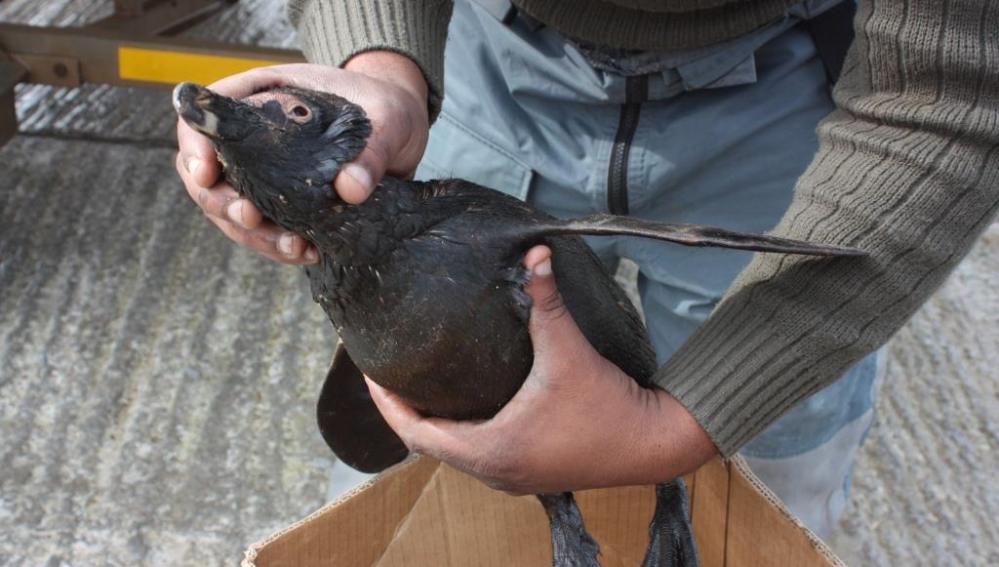 But Joao did not take long to clean the oil from the child’s feathers and began feeding him fish to regain his strength again, after taking care of him he baptized him Dimdim.

After a few weeks, the fisherman decided to release the penguin back to the sea. But curiously the animal did not want to leave. ‘He stayed with me for 11 months and then right after he changed into his own coat, he disappeared,’ recalls Joao. 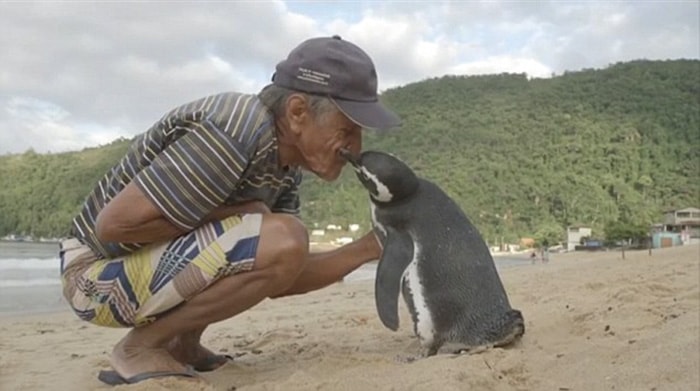 Some months later the penguin appeared, incredibly he had returned to the same beach and followed his friend to the house.

This behaviour has been recurrent for 5 years, Dimdim has visited Joao for 8 months a year, and the rest of the time he believes that he would be on the coasts of Argentina and Chile. 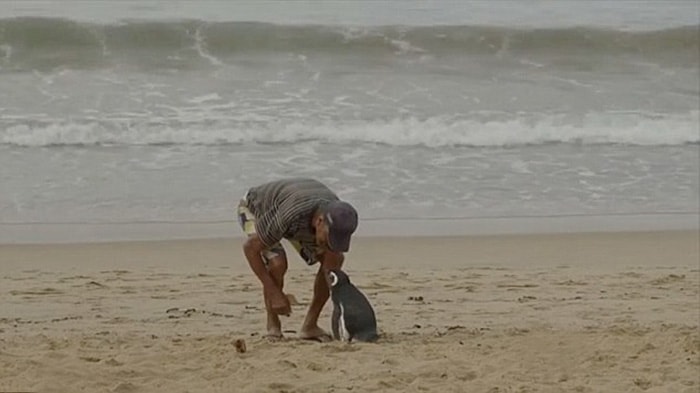 Some experts in aquatic animals assure that the animal travels 8,000 km just to visit its friend.

“I love the penguin as if he were my own son and I think the penguin loves me,” Joao told Globo TV. “No one else is allowed to touch it. He pecks them if they do. He lies on my lap, allows me to shower him, allows me to feed him sardines and pick him up ”. 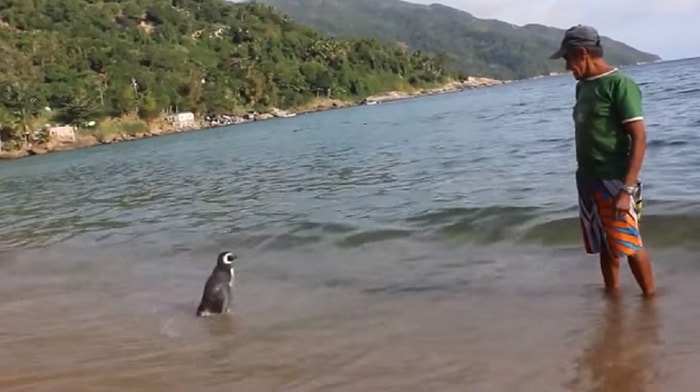 Some told him that they would never see Dimdim again, but he returned very punctually every year. He would arrive in June and return home in February.

Biologist Professor Krajewski, who interviewed the fisherman, told The Independent: “I have never seen anything like this before. I think the bird believes that Joao is part of his family and probably also a penguin”.

Friendships like this make us hope for humanity and reflect on our role on this planet.

Hugging Is The Most Beautiful Form Of Communication

The Absolute Best Marriage Advice From A Divorced Man!